Our experience in providing training is more than 17 years

For this SETA we offer the following training in

For this SETA we offer the following training in : 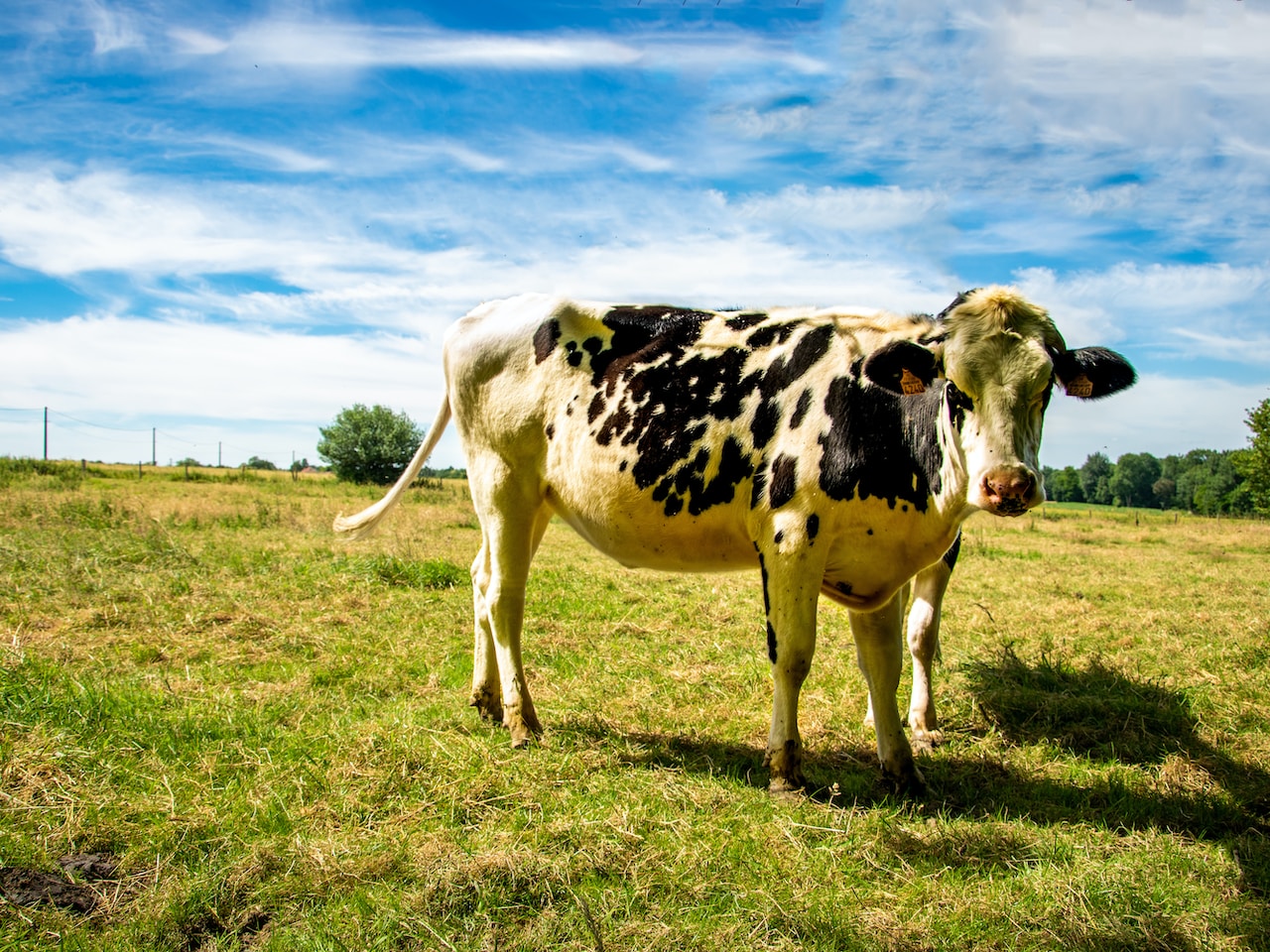 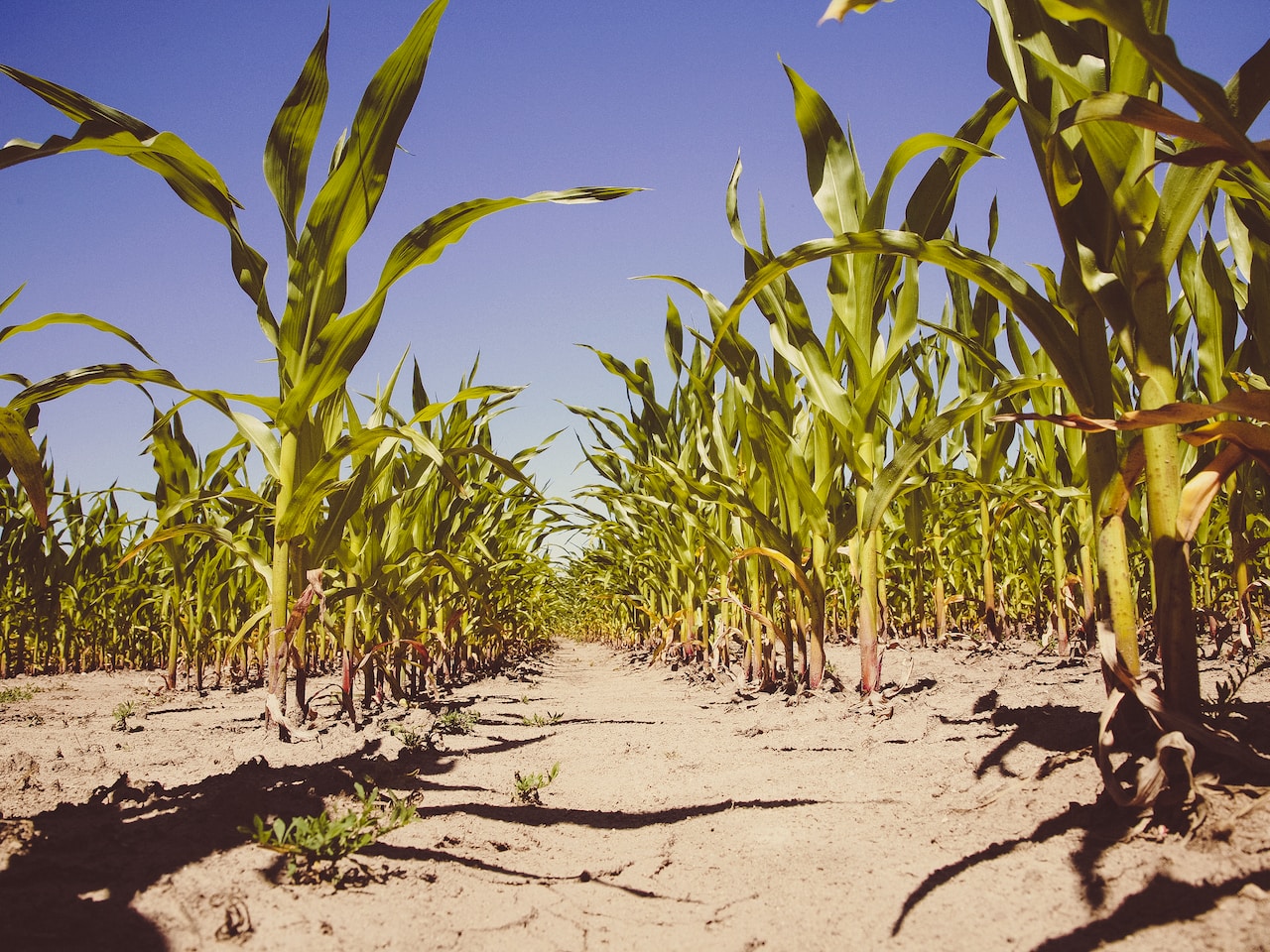 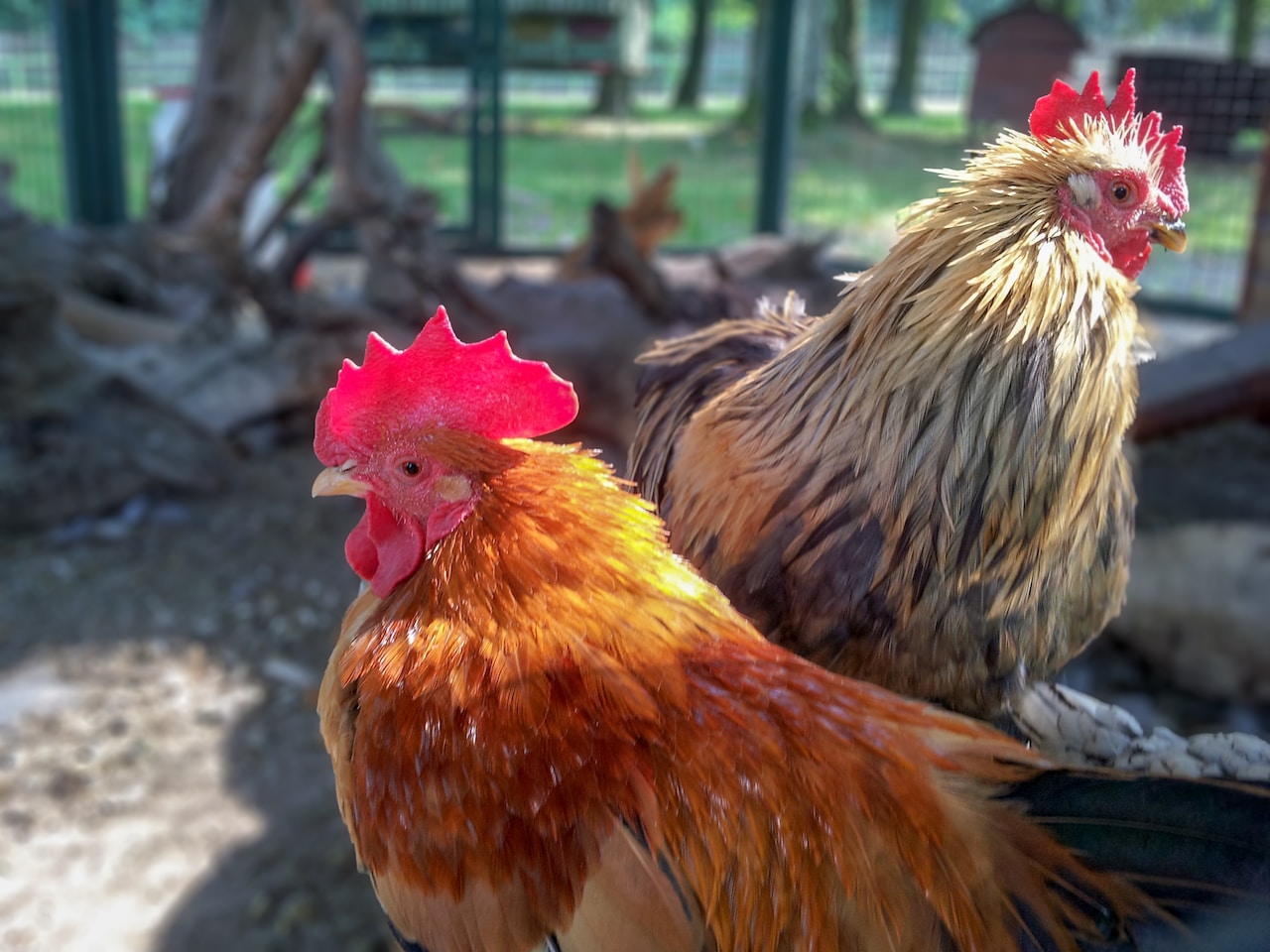 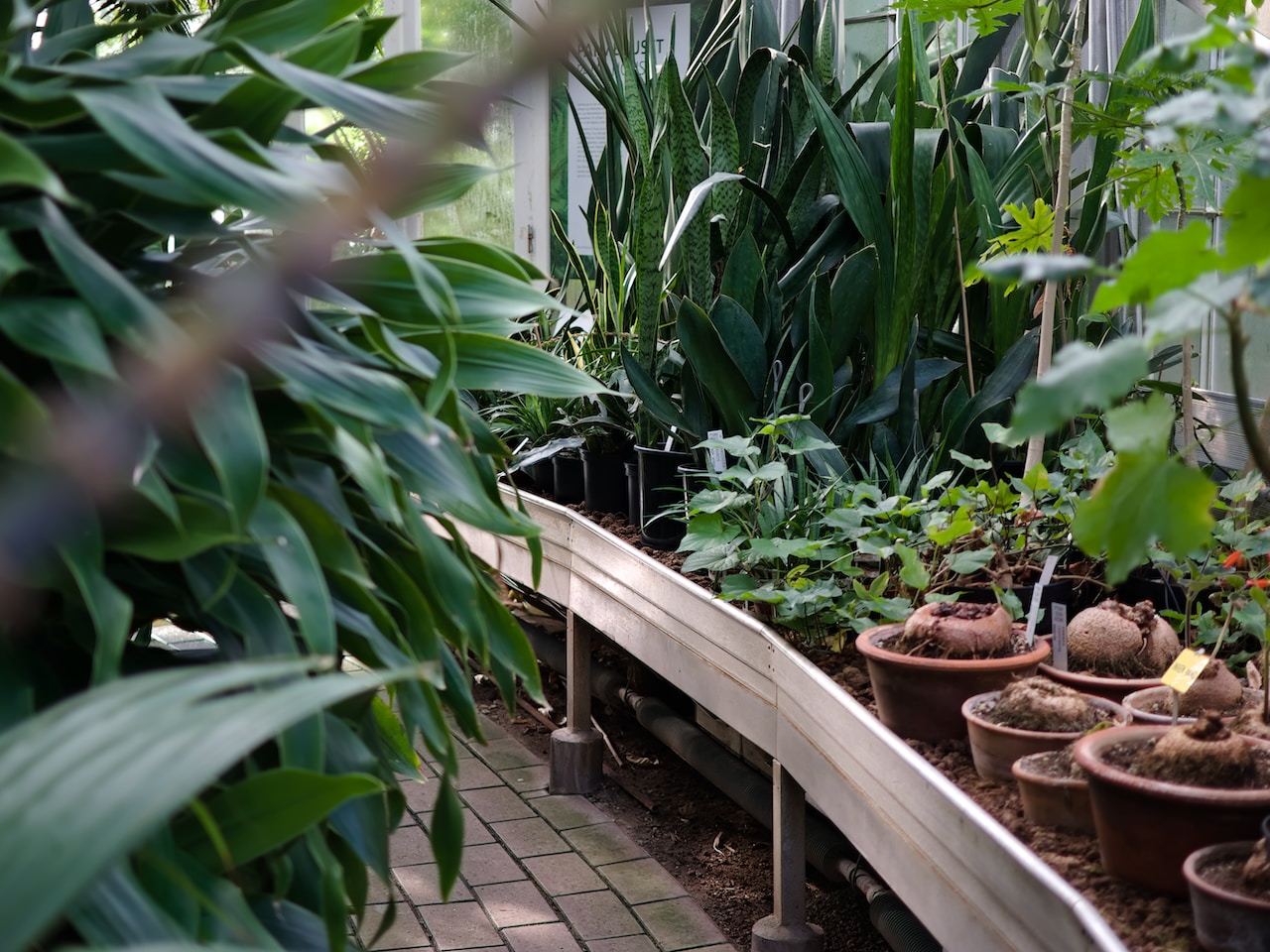 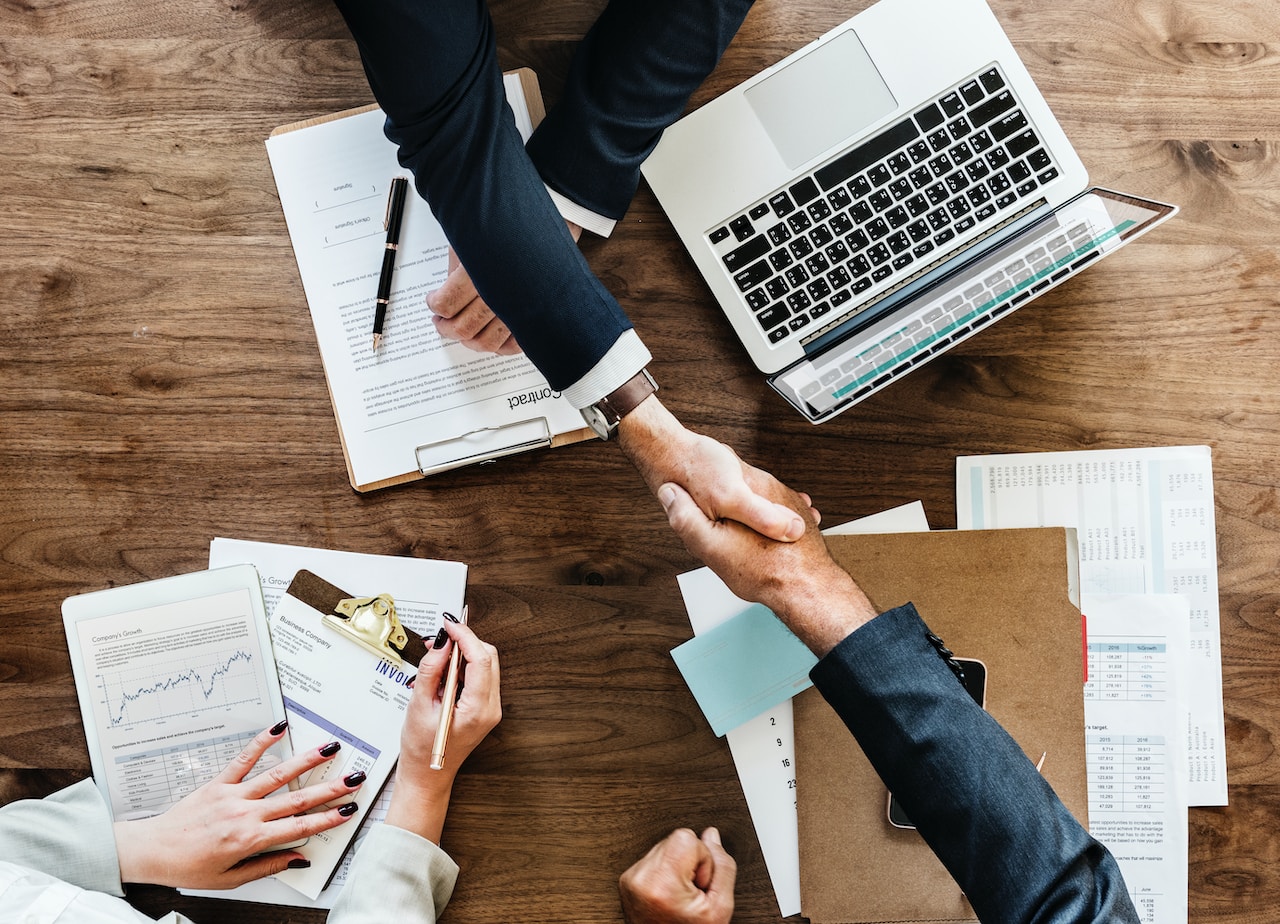 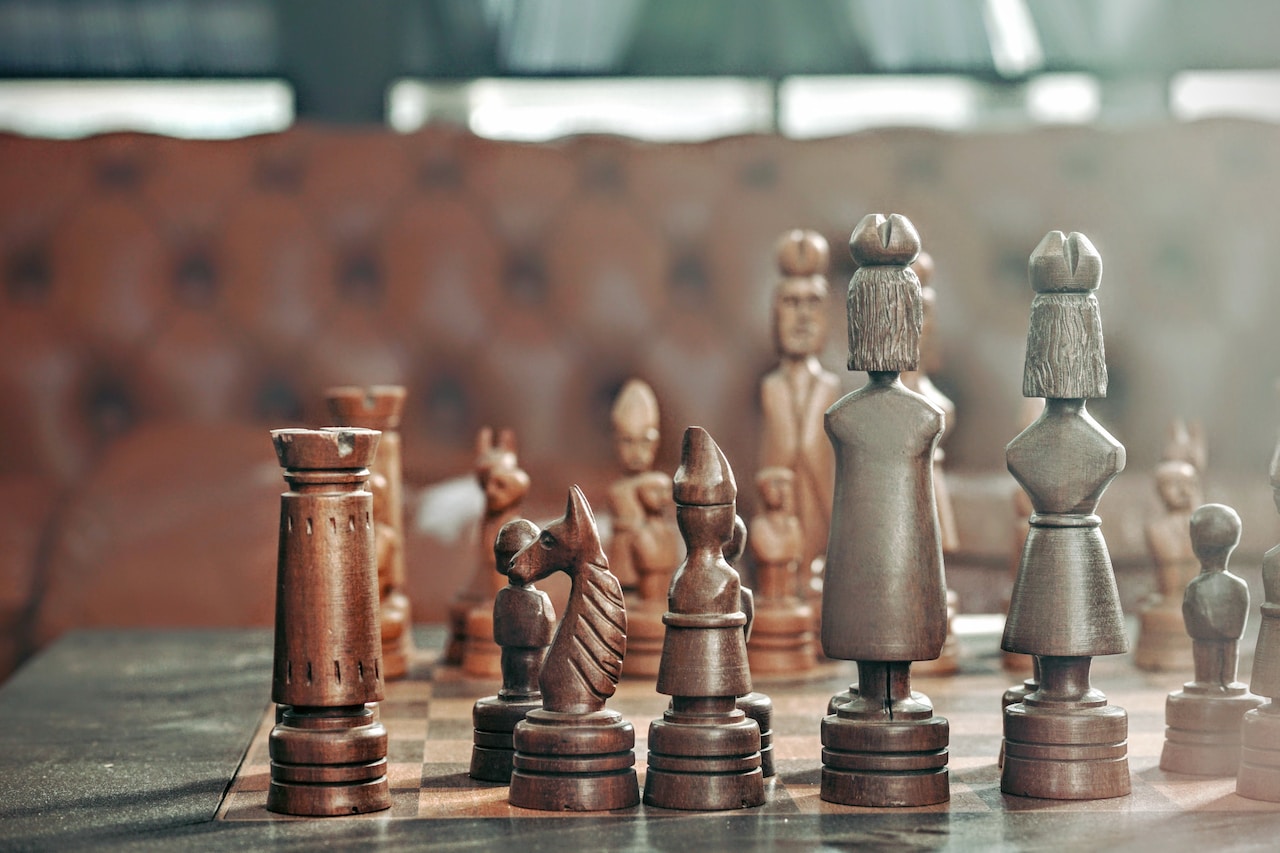 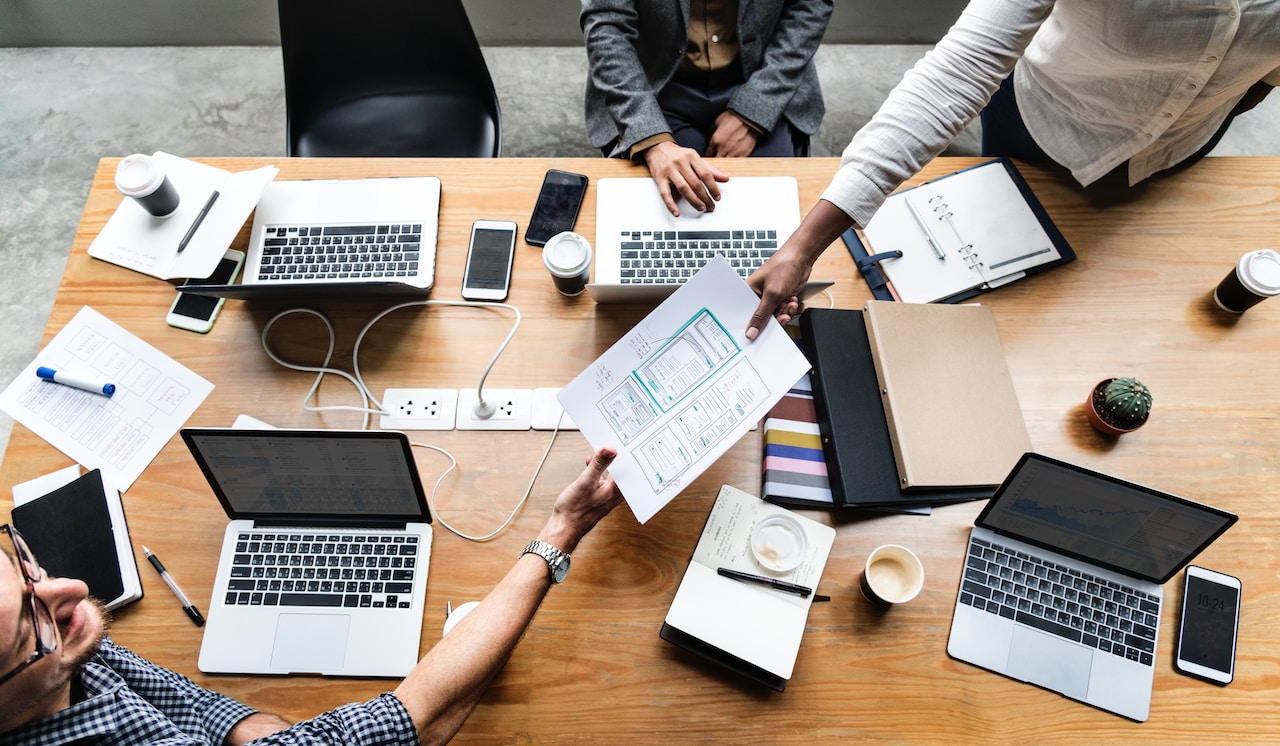 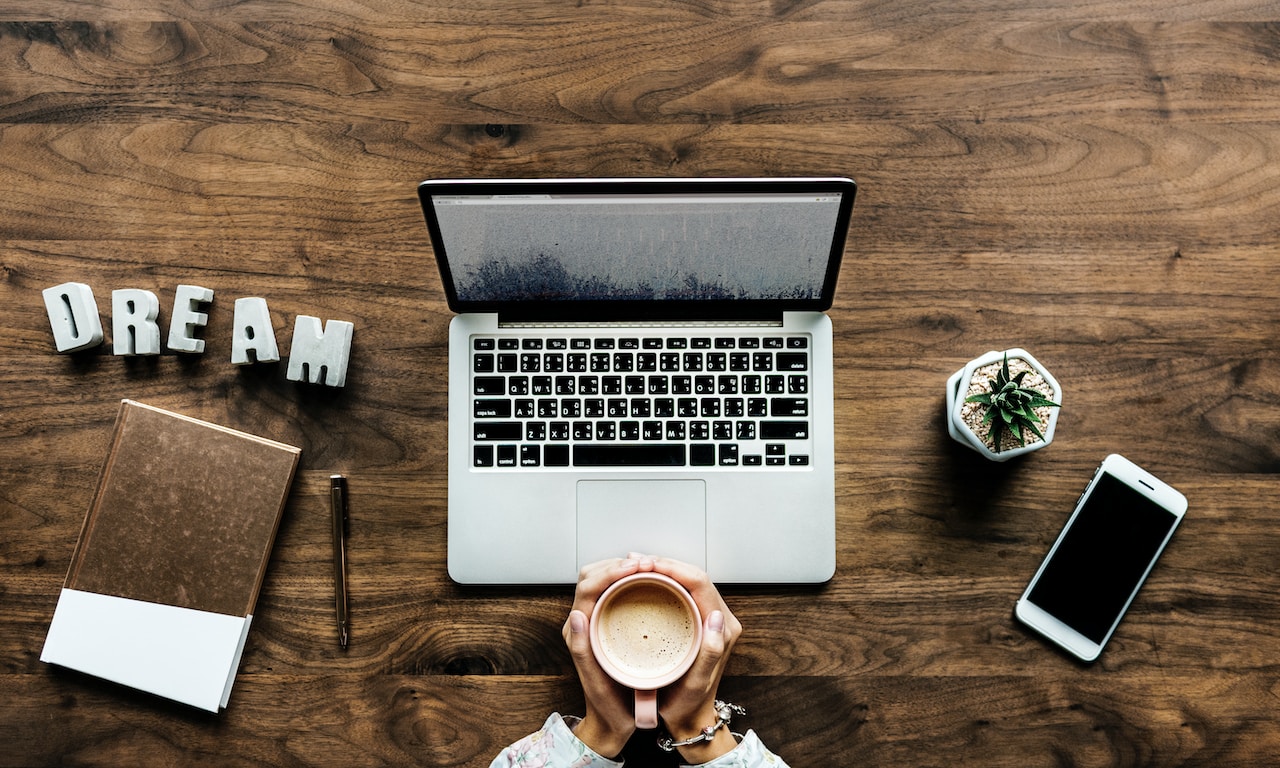 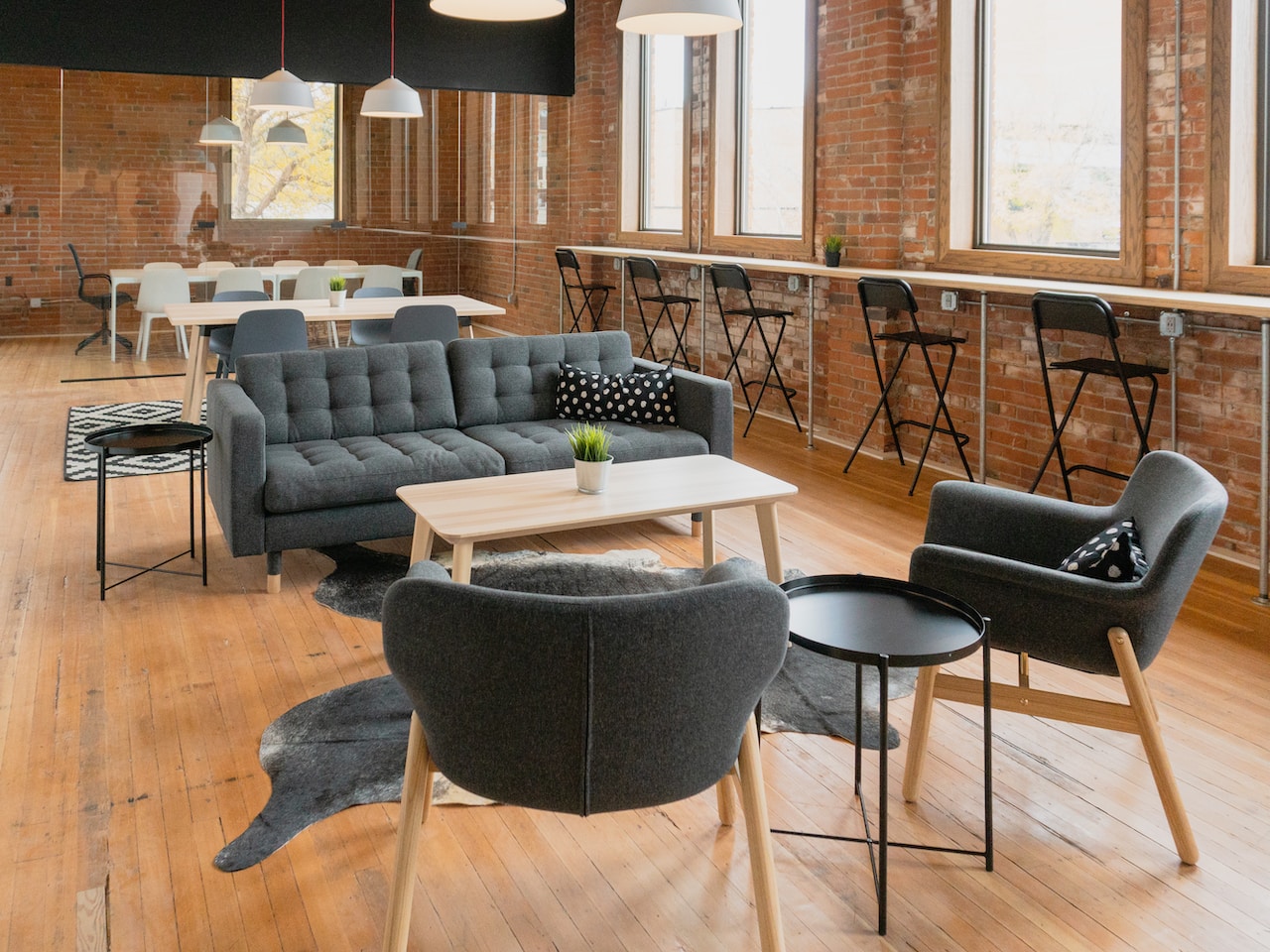 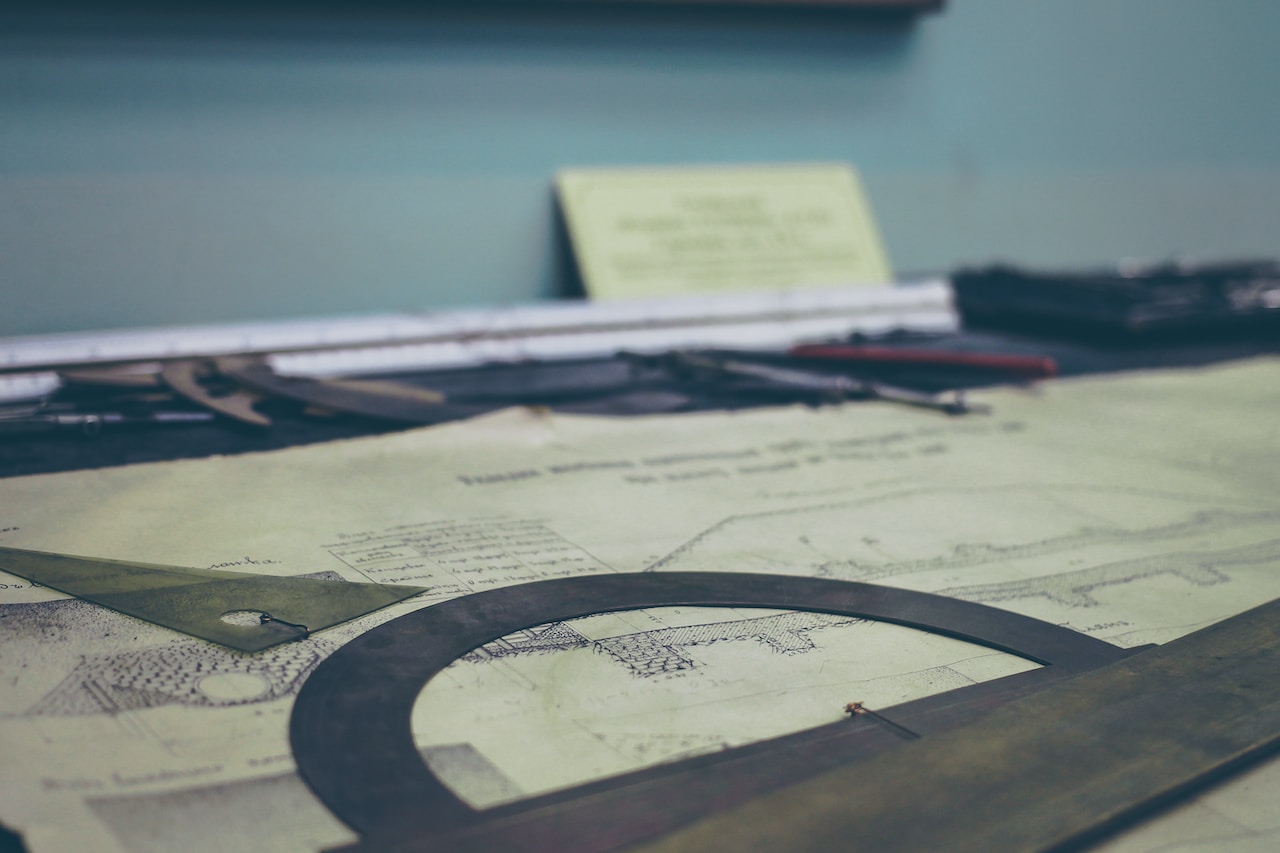 Book now for our short courses

These courses ranges from a duration of three days to 20 days. Some you able to even do them on weekends.

Click Here to see the courses scheduledGet in touch

To provide the highest quality, effective, relevant, current, affordable practical education and training reaching out at each individual holistically within a conducive atmosphere

To always be an educational institution that is accessible, affordable and relevant, positioned to meet the ever changing skills development challenges

Why we do what we do?

We are passionate about providing training that is current, relevant and accessible. We have passion for skills development and we believe in developing people with skills that will ensure that they  fully participate in the economy. Our vision is to see SMME enterprises accessing all the opportunities in both the public and private sector. We will equip them with all the necessary skills.

Testimonials from some of our learners

This is our passionate team that makes us be able to reskill the nation in our pasionate effort  to impart skills that will increase the employability of South Africans. Engage us and you will experience this same passion.

You could say that Thobile Ntswana started her business career at the age of 12.
Growing up in Eshowe in KZN, her father’s shop was a stone’s throw away from her school. Naturally, she spent her afternoons after school there. Her father was a teacher, so to him the shop was a sideline. For Thobile, however, it became an all-consuming thing. She proved so useful in the business that she started doing more and more, until she was the one hiring, firing, ordering stock and generally running the show.
On her own initiative, she expanded the reach of the shop by starting a delivery service to pensioners in the community who found it difficult to come to the shop. Eventually her father sold the shop, not because it was struggling, but because he was worried about its effect on Thobile’s school work.
Not surprisingly, Thobile became a business owner. Today, she runs VEB Cele and Associates, a multi-million rand education and training business in Johannesburg which she named after her father.
After finishing school in the late ‘80s, Thobile became something of a pioneer by doing a computer programming course, a field that even today is still white male dominated. She worked for a few months as a computer programmer at an insurance company - her only experience as an employee in her life - and went to study computer science at what was then the Rand Afrikaans University.
Her business started with her and her husband’s Hillbrow flat shortly after graduating, and with the birth of her first child. She started typing CVs for friends, acquaintances and an ever-increasing number of clients. Some of them started asking her for basic computer lessons, and soon she found herself the owner of a fully fledged computer school in Eloff Street in the centre of Johannesburg.
For four years she ran her business in partnership with a British computer academy, NCC, before selling it to move to the Netherlands, where her husband, also a computer programmer, pursued a contract. The plan was for her to study further, but their second child was born, and their four years in the Netherlands was spent raising her children.
While she enjoyed the life of a stay-at-home mom in the Netherlands, she found that the lifestyle could not contain her energy on their return to South Africa when her husband was recruited by SARS.
She bought a maths and English teaching franchise which she practiced from home on a smallholding in Vereeniging. At the time, South Africa’s new skills-development system through the Sector Education and Training Authorities (Setas) had started, providing countless opportunities for a young entrepreneur with a passion for education and training.
Thobile threw herself into the teaching of assessors, various vocational training courses, as well as business consulting and training through the government’s small business development agencies. Even though a lot of the training courses that her fast-growing business developed happened on site at various businesses, the smallholding grew too small, says Thobile.
The family moved to Johannesburg while Thobile’s business base remained in Vereeniging, but soon it made more sense to operate the business from rented offices in Johannesburg.
VEB Cele and Associated grew from strength to strength. It became so busy that Thobile’s husband stepped out of his business analyst job at SARS to join his wife’s business.
A significant breakthrough came when Thobile won a contract to teach vocational skills to retirees and retrenchees at Harmony mines, and the company acquired the capacity and infrastructure to teach garment-making, furniture-making and farming.
All the while, Thobile was homeschooling her three children. She says she would usually spend mornings teaching her children, and check in on her business as soon as they got going with their assignments. And when she traveled to Cape Town or Durban for business meetings and training courses, she would also turn it into an educational trip for her children.
As her business grew, Thobile found that she was spending a lot on the renting of various training venues, especially for the training of assessors for the Setas. She found business premises for sale in Bramley, Johannesburg which offered not just office space, but training facilities and storage space for the various tools that were needed for vocational training courses.
Thobile says a business consultant she had been working with at the time took the application for finance to various banks and institutions, and Business Partners Limited was the first to respond positively.
Business Partners financed the deal with a 35% share in the building, which Thobile will buy back when the loan is paid off.
Thobile also made use of Business Partners’ Technical Assistance Fund, which gave VEB Cele and Associates an interest-free loan to implement a social-media plan in order to strengthen the company’s reach to the general public. At present, most of VEB Cele and Associate’s customers are corporates, the Setas and other government agencies.
Thobile says she wants to increase their number of off-the-street learners so as to tide the business over the seasonal fluctuations caused by government and corporate budget cycles.
Today, VEB Cele and Associates is as busy as ever, with 25 permanent staff members. The company is accredited to training no fewer than 40 different qualifications. It has a dedicated projects division that is ready to take on any new training opportunity that arises.
In its latest expansion, the company bought a warehouse near Alexandra where it plans to build an artisan school for electricians.
She may have started her business career early, but it seems that Thobile is far from finishing any time soon.

VEB Cele and Associates in the News

Next to Melrose Arch

Please complete this form to get in touch

Thank you for contacting us

We are next to Melrose Arch.

VEB Cele and Associates since 2000